18th Sep 2022, 10:36 PM
TroubleAlwaysInbound
this is what happens behind the scenes

stripped is brought to you by goblins

anyway i'm still working on stuff fyi. just trying to get a decent enough amount of content built up before I start things properly!
0 Comments >>
1st Sep 2022, 9:10 PM
TroubleAlwaysInbound
Hey, go check out my buddy's comic. Again!
A good buddy of mine called Godreee has recently started making his own GMod comic. 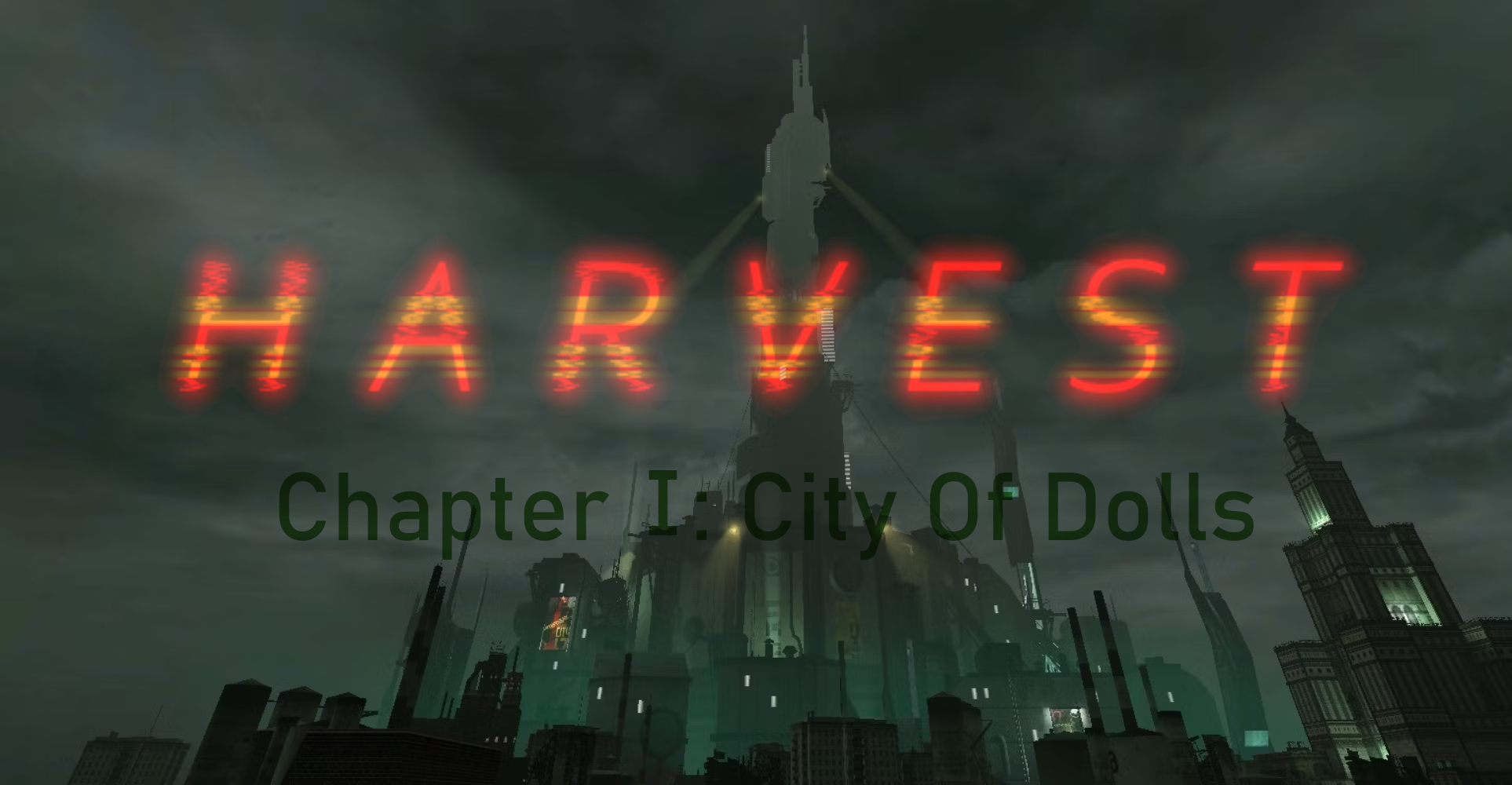 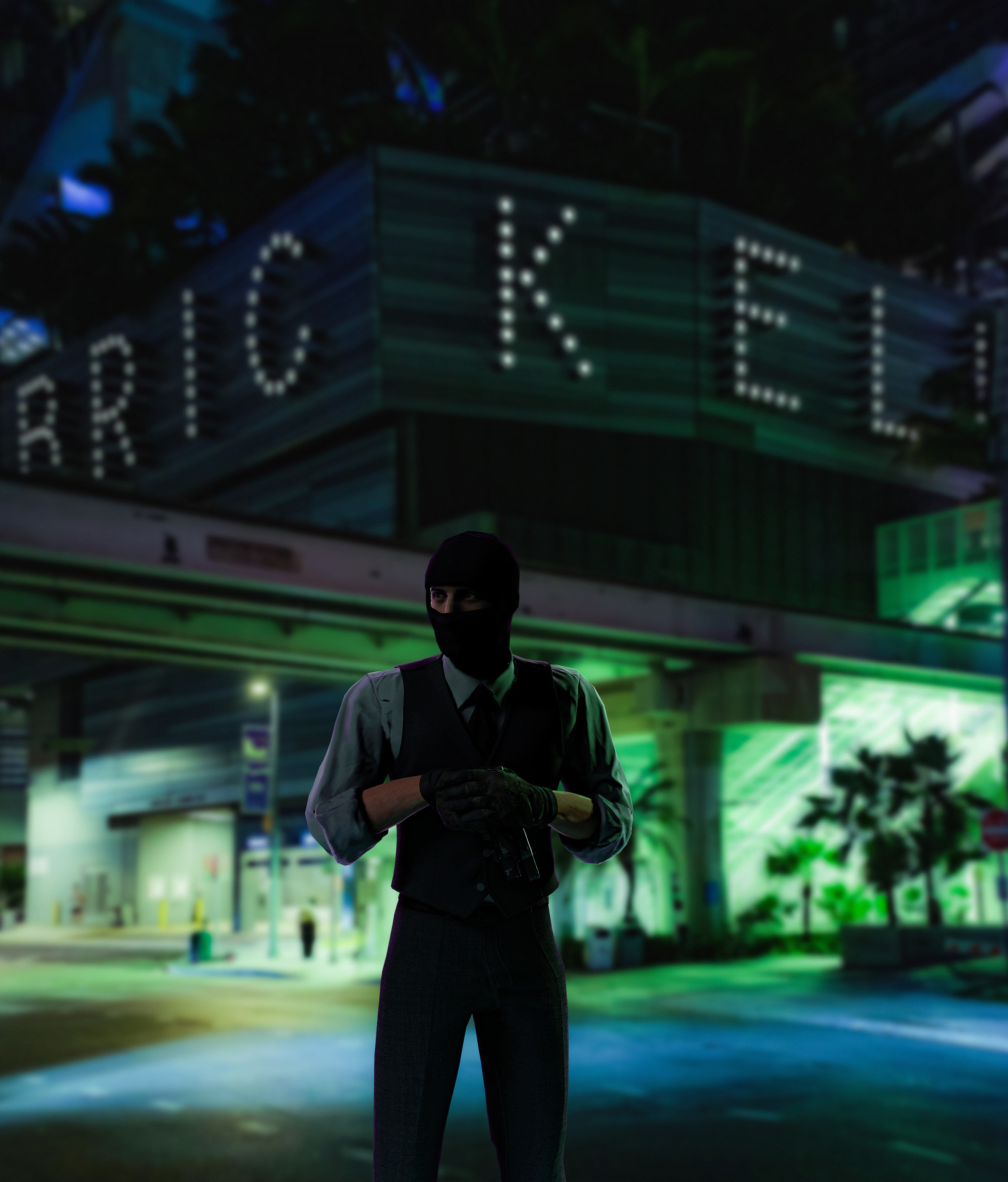 'HARVEST' is a cyberpunk thriller, set in the cyberpunk future of 2060. It centers around Emile, an agent for the secretive 'Abavat Special Purpose Directorate', which specializes in sensetive data recovery from androids. Emile finds himself at the center of a conflict between the Directorate and the Interior Ministry. I've been kept pretty much in the dark, so I'm not really privvy to many of the details, but this thing looks nice, guys.  The usage of GMod's Soft Lamps tool for lighting puts his visuals a cut above others, and Godreee's stylized, Blade Runner inspired visuals and worldbuilding are already making me really excited to see what he's got in store for us.

You can read it >HERE<. Please go do so, guys. I'm not joking. His stuff oozes style. 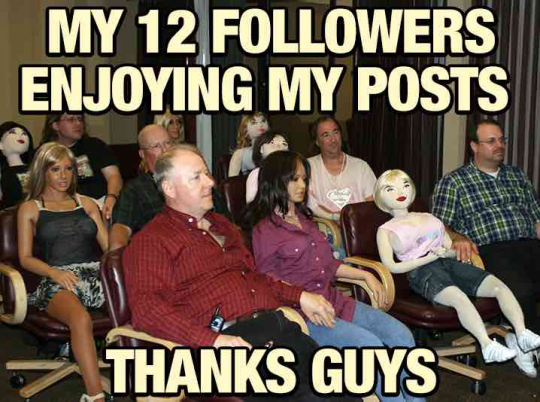 Just wanted to say that I appreciate each and every one of you guys. This comic thing has been challenging, but you all have kept me coming back.
0 Comments >>
31st Mar 2022, 8:26 PM
TroubleAlwaysInbound
Livestreaming myself making gmod art
I'm going live in 45 minutes. I plan on just shooting the shit and maybe making art.

Come hang out, everyone!

0 Comments >>
26th Feb 2022, 7:07 PM
TroubleAlwaysInbound
What an interesting week to be sitting at this desk.
I think it's safe to say that a lot of people are acutely aware of the developing situation in Europe. It's fucked, to put it bluntly.

Anyway, I would like to put this out there in case I am ever mistaken for some pro russian piece of human trash for including them in my work, allow me to say that I do not think russia's actions have been warranted at all. This is a needless exercise in human misery and the human cost has been tragic and horrific. I don't wish to glorify or give any credit to the real russian federation through my work.  Seeing what they've done to the people of Ukraine, I feel as if I needed to clarify this.

War's pretty when it's on the page or on the screen, but for the people on the ground it's worse than hell. Innocents don't go to hell, but in war they're ever present and under constant threat. Those people are going through something that I as a privileged american may never have to worry about.

Consider donating to any of the numerous reputable charities and organizations who are giving aid to Ukraine.
Click HERE to donate to the International Rescue Project.
The IRP is currently investigating the refugee situation in neighboring countries. When this has been done, they will be mobilizing to the region to assist refugees.

Click HERE to donate to Sunflower of Peace
SoP is a charity that assembles and distributes stocked first aid kits to Civilians, Volunteers and Soldiers who need them. A lot of these will be needed in the coming days.

Click HERE to donate to Kyiv Independent
A local news outlet based on the principles of free press and editorial independence. As a local news source, their continued work is crucial for the understanding of the conflict outside of the country.

Click HERE to donate to the International Medical Corps.
Their website proports that they're in the country and are giving medical aid to those who need it.

Slava Ukraini. Let's hope this conflict can reach a a less than nuclear conclusion soon.
3 Comments >>
4th Feb 2022, 3:24 PM
TroubleAlwaysInbound
New PC Acquired
Facebook marketplace decided to treat my poor ass particularly kindly today. I managed to snag someone's old gaming PC for a decent price, the only thing it was missing was its GPU. Which is the only component on my old PC that wasn't beat to shit.

Badda bing, badda boom, the boy got himself a good PC now.

Update tomorrow when I get the files moved over.
0 Comments >>
29th Dec 2021, 7:34 AM
TroubleAlwaysInbound
Opinions on character redesigns
TL;DR: Is a redesign too drastic at this point in time?

I do adore Samantha's design. The tattoos (save for the butterfly one that I gave her way back) are all ones I've wanted to get, the gear is set up how I wanted it and her AK is a perfect clone of my old WASR 10. However I'm not super happy with her facial expressions.

Her head model was made by Valve for the original Left 4 Dead, which came out in 08. It's showing its age really badly as I try to do more grounded scenes, though. I cannot get her to look sad without hitting the dead center of the uncanny valley and it bothers me.

So here's my suggestion:

I'm gonna switch her out and use this model of Claire Redfield from the RE2 remake, but I'm gonna add new hair and stuff so there's some good variety. I'm thinking ponytail and messy bun as options, along with more insurgent/militia inspired clothing and gear.

Field jackets, LBE over a plate carrier, jeans and an overall less 'operator' look, since she's not really affiliated with the police anymore. Arthur is a single guy with lots of money to blow, so naturally he's gonna have gucci kit still, but Sam? She's living in the field with a volunteer militia and all her gear was turned in at the end of 5.


Thoughts? I'd love to know what you guys think. I reckon it'd be easy enough for my guy to do.

2 Comments >>
24th Dec 2021, 11:17 AM
TroubleAlwaysInbound
Gear discussion with a super niche internet comic guy
Figured I could show you guys my poverty tier gear setup so far. I plan on switching things out and adding a lot to it since it's super bare bones right now.

Kit List:
Eagle MBAV:
-IIIA Soft Armor sewn inside plate bags by previous owner.
-Eagle Industries triple mag shingle. 2x 30rd PMAG Gen 3, 1x 40rd PMAG gen 2( i dunno i got it from a buddy)
-Unknown TQ pouch from a surplus store w/ Gen 3 CAT.
-Ferro Concepts Dangler pouch that used to be my IFAK pouch until I got the other one. Now only exists to put candy and other things in.
-LBX admin pouch. Filled with an (admittedly minimal) IFAK.

Gen 4 Glock 17 w/ Polymer 80 frame. The old frame was chewed to shit by a bad stippling job so I finished out a P80 frame and stuck it on. I like the ergos a lot more than the standard glock ergos. I plan on getting a Glock 19 or Sig M18 in the future though.

Ruger AR556 MPR 16". This is my rifle as it is right now. Ruger plastic flip up irons, a streamlight TLR1 for a weapon light, and an old, salty BFG vickers sling are all that's on this gun right now. In the future, however, this will host a 2-10 variable optic with a canted red dot, a surefire m600, a handstop or foregrip and a different MLOK handguard because this one is missing it's 12 o clock pic rail for some reason. Might be a BCM MCMR or a CMT DRT rail if I decide to bite the bullet and do a two tone color scheme. I paid below MSRP for it, and for the money I paid for it, it feels like a really good value. It's got a trigger that I actually like more than the POF race trigger I had in my old rifle, and the gun feels really solid.

For now, this is my 'oh shit things went real tits up' setup. It's got enough on it for me to stay inside and point my rifle at my door, or to go out and souvenir a better kit if need be. I'm not worried about anything, though -so this is mostly for larping in the woods. It's minimal, like I said.

My future plan is to strip (ha) the carrier of all its pouches and use it exclusively as a means to carry armor while I run a belt/suspenders LBE kit over top with a ruck. I've tried on kitted out AVS' and JPCs and the whole 'carry all your shit on your chest' thing really doesn't seem to appeal to me. I'm used to carrying a lot of weight on my waist and back from being fat and also being into hiking and bouldering, so I figure distributing all the kit to my beltline will be more comfortable for me in the long run.

So when you see things in the comic that look super cool and are probably really expensive, just know that it's in there because I'm an absolute slut for cool gear and guns.
0 Comments >>
Pages:
1 2 3 4 5 6 7